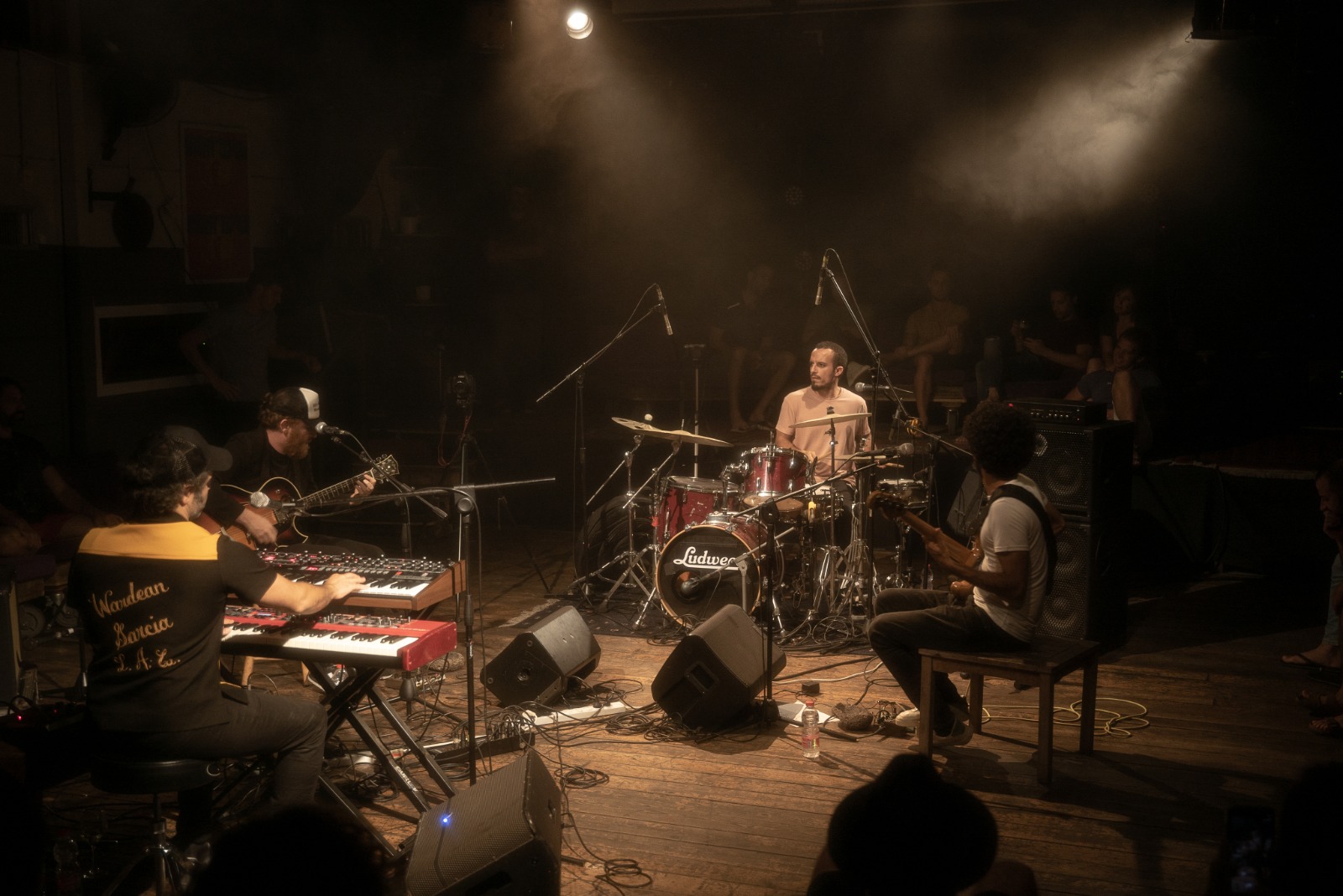 When drummer Sol Monk (Aviv Cohen), guitarist Yonatan Levy, bassist Elisaf Bashari and keyboardist Shaul Eshet met in this current round, they dove into a super chill sound full of air that connects with the listener on a deep and meaningful way.
together they build sound layers that wrap around each moment with depth and with simplicity.
So far they have released 2 albums on RawTapes label in addition to releasing a series of videos recorded during the Corona period