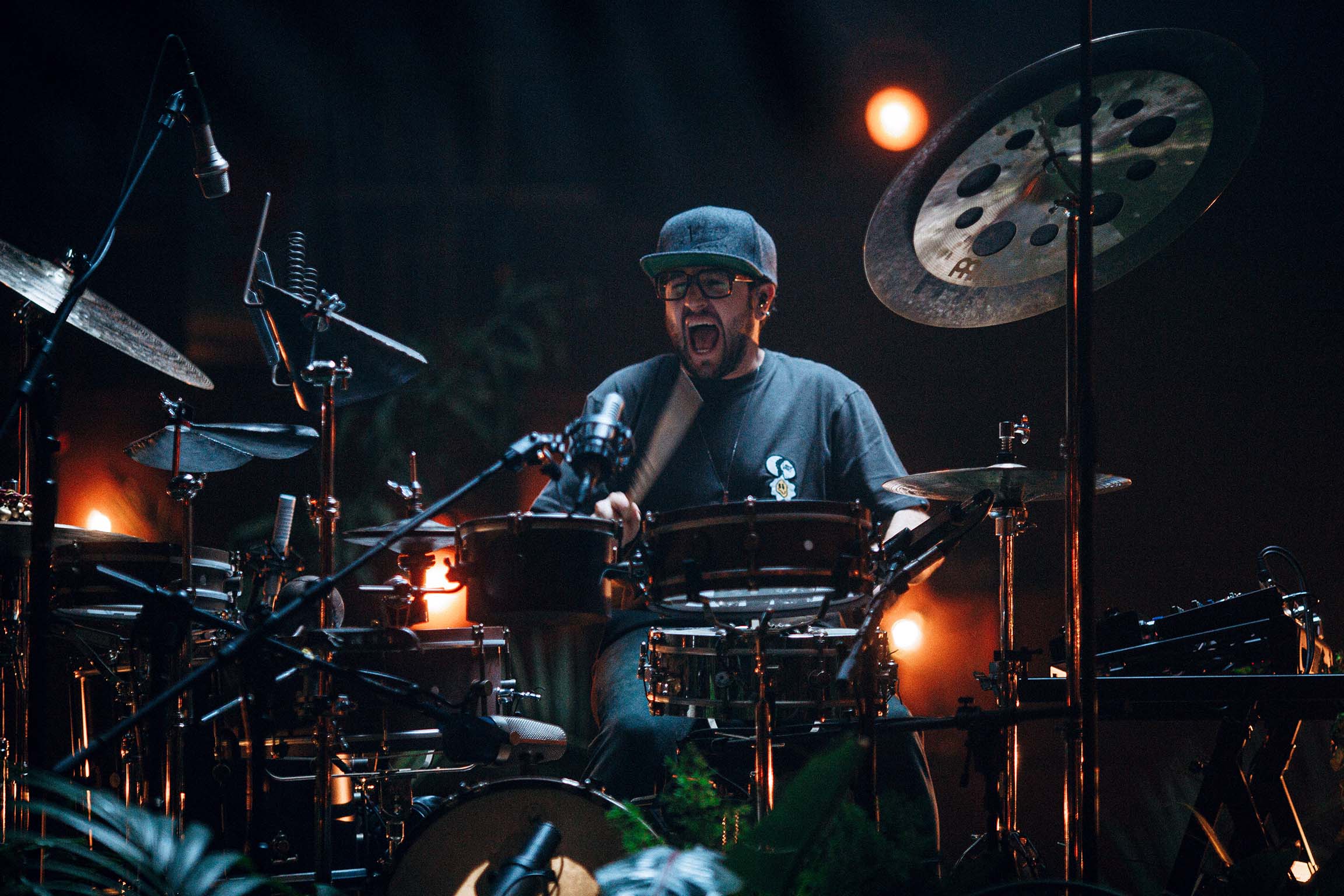 Dan Mayo is a virtuoso drummer, producer and composer, most known for his jaw-dropping work with the innovative power-trio TATRAN, of which he’s a founding member. Mayo voted “Best New Drummer of 2017” by the biggest drumming magazine in the UK, Music Radar’s Rhythm Magazine, which praised his “inventive approach to sound and grooving creativity” and crowned him as ”the hottest new drum talent around”. Over the years, Mayo collaborated with many artists, released several albums (both solo + collbabs), and toured all over the globe with Mike Shinoda (Linkin Park)