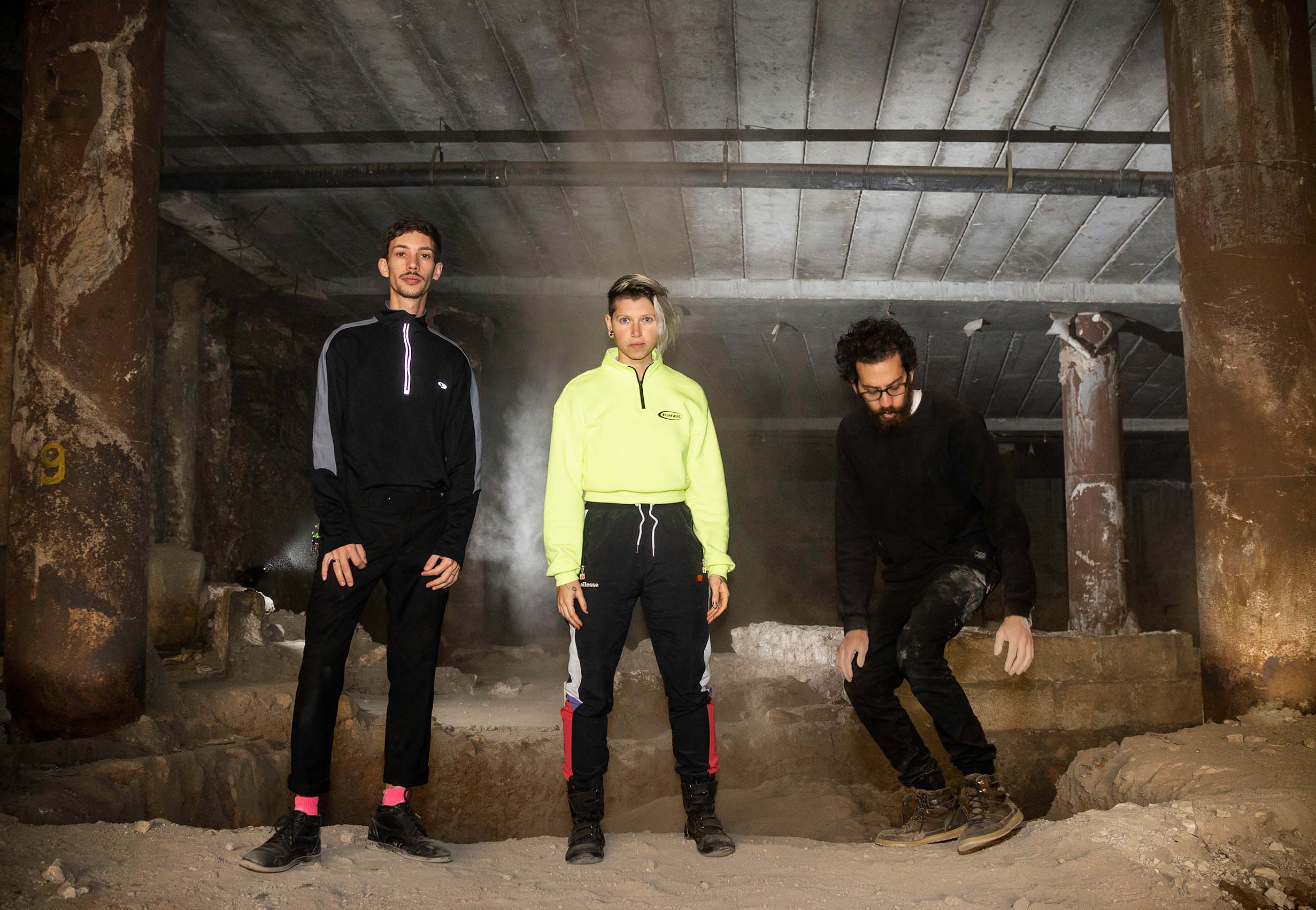 WACKELKONTAKT is the Psychotrap trio currently spearheading the Jerusalem dark-electronic scene, operating between sound, video and lighting with an attempt to unlock the core of human experience. Their performance is a brutal sonic bombardment inspired by Hip-Hop, Industrial, Club, Pop, Metal and Elevator Music surprisingly based on local influences, which takes the audience on an emotional journey from awkwardness and freaking out to downright partying.
Since 2017 they have established a reputation as one of the most massive, versatile and unconventional projects in Israel’s electronic edge scene, playing all over Europe and producing installations, site specific performances and sound design for stage works, galleries, clubs and festivals, as well as releasing a critically acclaimed LP in Barcelona’s Màgia Roja receiving press attention by The Quietus and Fact Magazine.