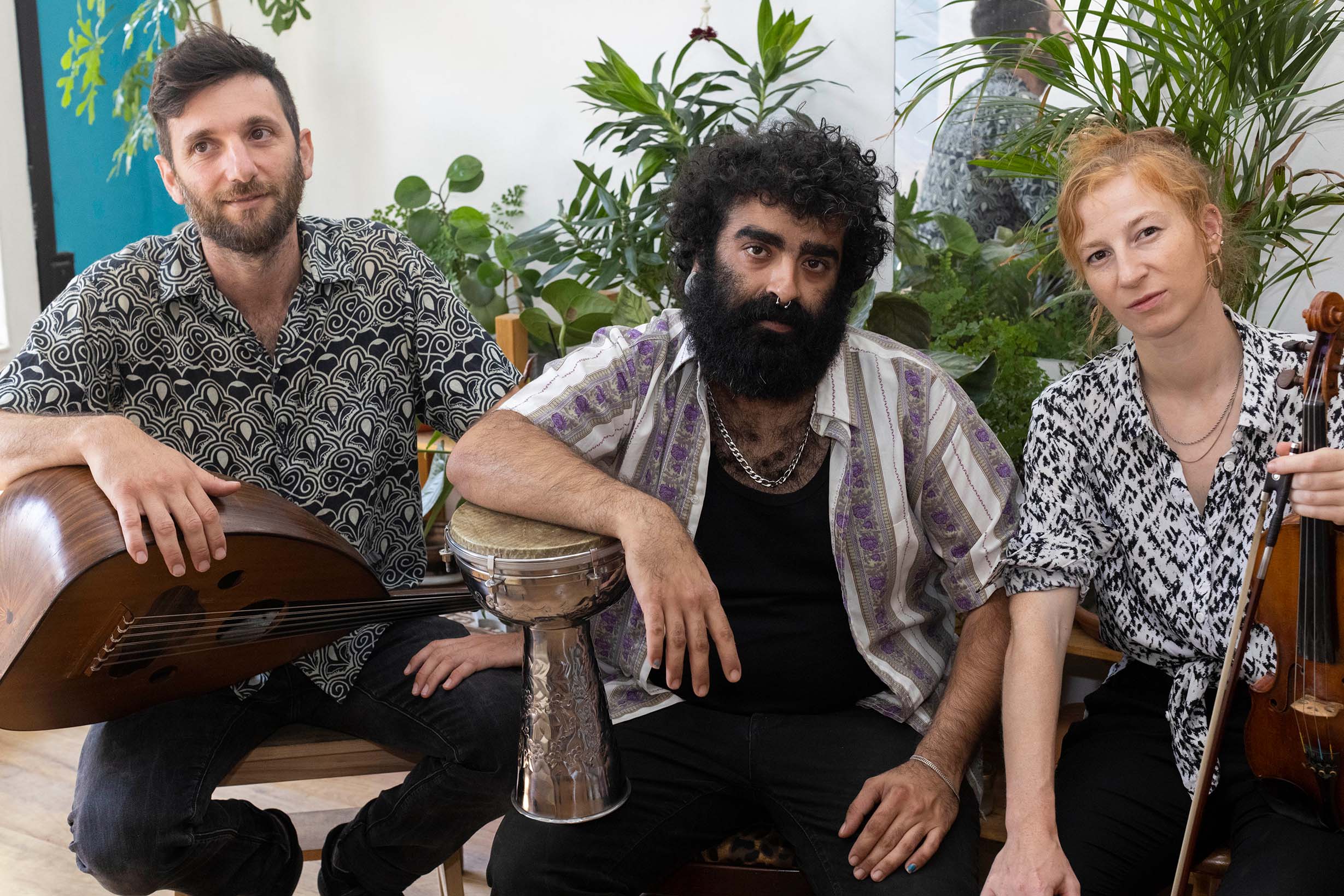 Radio Baghdad Trio play music from the vast repertoire of the urban tradition of Baghdad known as Iraqi Maqam and the folk/popular music of the likes of brothers Saleh and Daud Al-Kuwaity that followed it, gaining huge popularity in Iraq thanks to radio broadcasting becoming available in many households and public places in early 20th century Iraq.

A few generations later, Aviv Ezra – the trio’s singer – grew up listening to this music with his father and late grandfather. Joining Aviv on his quest back to his roots are Violinist Johanna Riethmueller and Oud player Yaniv Masel, carrying their own love of this specific tradition which has become part of their lives as well. Together Radio Baghdad aim to keep the flame and deliver the same raw energy of days gone, while using amplification and sound manipulation for greater sonic impact.