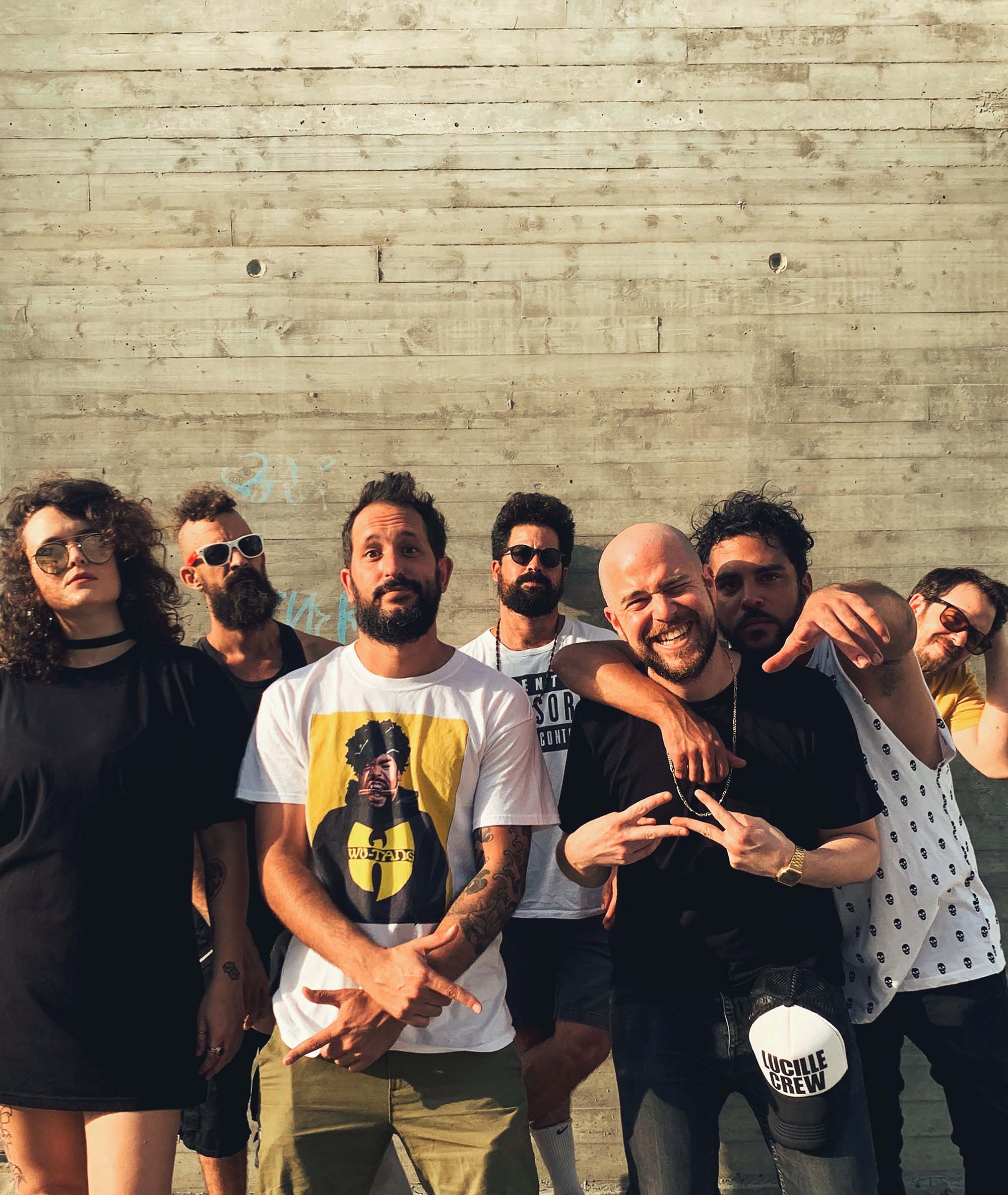 Lucille Crew is NOT your normal Band.
With 4 released albums, Countless tours, A web series and their own Annual Hip Hop Festival.
This Tel Aviv based groove collective, lead by producer Izzy (Isgav Dotan).
is fusing elements of Hip Hop, Funk, Soul and all together everything that’s good.
Since founded by Izzy, LC has been releasing music and touring major festivals and venues all over the world.
All while collaborating with different Rappers & Vocalists on one side, and Animators & Graphic designers on the other.
In 2020, the crew has released their latest album “SLOWBURN” and these days, their working on their next album and 2022 European Tour.